4.557 participants
for our creative
Christmas game with Sony
SONY

Thanks to Universal Pictures, the Grinch came back into our lives making our previous Christmas holidays more vivid and amusing than ever. Beside the goal of seducing people to the movie theatres, we also put ‘engagement’ on our list of campaign goals. Every movie is covered on social media using creative always-on ideas. But this time, we really wanted to go further. To fulfill the need of our client SONY (mother brand of Universal Pictures) to include more engagement, Pivott’s creative team came up with the perfect solution: a Grinch game amusing people while bringing them closer to the movie’s characters!

We were able to spread the Grinch spirit all over Belgium and – most of all – we brought the movie literally inside some Belgian fan’s houses: this by giving away Grinch Christmas decorations as prices of the game. To start, we formulated an interactive contest using Qualifio to include gamification at its best. We all agreed that the rules had to be few and simple:

Playing the game, people could win the decorations at “The Grinch” Facebook page and website for one entire week (from the 10/12 to the 16/12). We showed the players 7 Universal Pictures characters where they had to guess if they were Grinch characters or not.

After completing the 1st phase of the competition, the players had to answer one more subsidiary question: “How many people will participate in this contest between 10/12 and 16/12?” 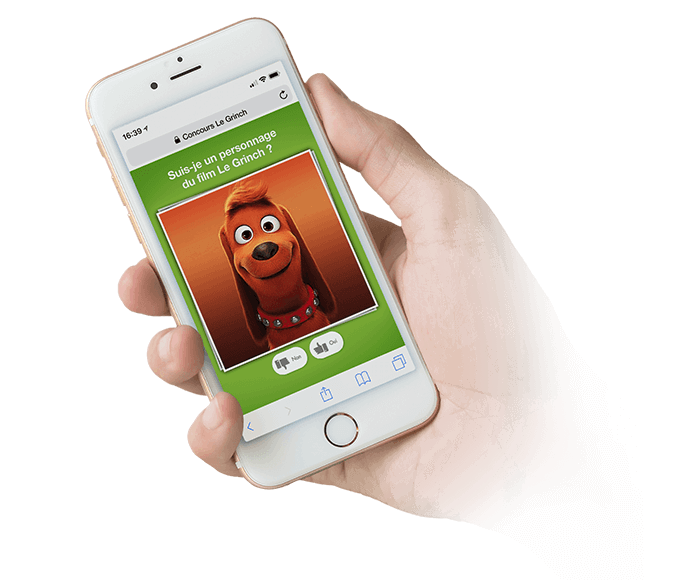 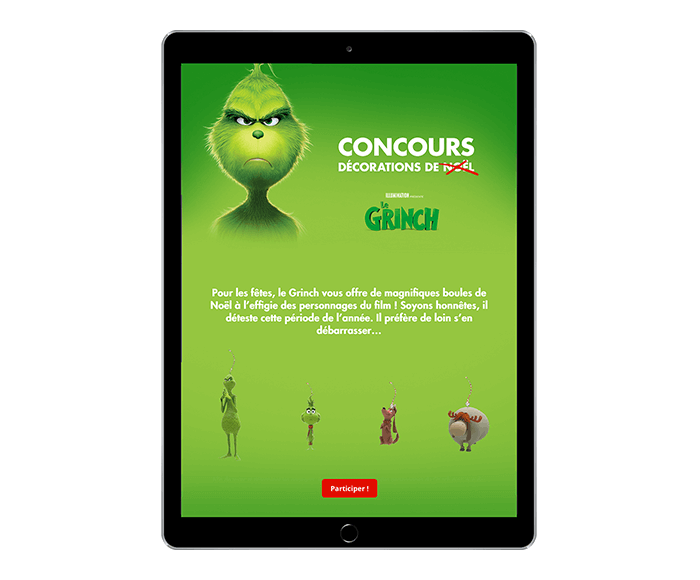 At the end of the week, the 30 people (15 French region /15 Dutch region) who reached the highest total score won a set of 4 original Grinch decoration to make their Christmas tree look absolutely stunning!

This Christmas competition was not only fun but also successful: in less than 7 days 4.557 people played our Grinch Christmas game! We as Pivotters really enjoyed ourselves creating it and are looking forward inventing a new creative game!

Creativity is
intelligence
having fun.

317.000 impressions for our innovative AI-driven tool with Proximus